I recently binged the new True Crime series on Netflix about the 1970s “Son of Sam” or “.44 Caliber Killer” case directed by Joshua Zeman: Sons of Sam: A Descent into Darkness. The docuseries is based on the book, as well as the archive of research notes and tapes, by Maury Terry, a fringe New York journalist who became obsessed with the David Berkowitz case and believed that he wasn’t the lone shooter that the police declared he was — and that he confessed he was.

Terry’s book theorized that the 13 shootings — with 6 fatalities — across multiple NYC boroughs between 1976-1977 was part of a national network of occult ritualist activities. Terry connected some graffiti in a park in Yonkers, New York, to a suicide on an air force base in Minot, North Dakota, to a grisly murder of a woman on the campus of Stanford University, and even made another link to the apparent execution of a wealthy Long Island drug dealer-wanna-be-movie-producer in a canyon in Southern California.

The series uses a voiceover (performed by Paul Giamatti) to narrate the series primarily from Terry’s 1987 book, The Ultimate Evil: An Investigation into America’s Most Dangerous Satanic Cult.

Watching the series, made primarily from archived news reports from the late 1970s along with interviews with Terry’s closest friends — his ex-wife, his sister, and his best friend since high school — you quickly understand that this docuseries is not about Berkowitz or the crimes themselves but about Maury Terry.  Terry believed from the first to the last of his over-30-years’ chase of this story that he was the only one who really knew what was going on.

By the second episode, the series takes a hard turn into QAnon territory without any cues that this is, indeed, ridiculous:

An expert on the history of the occult is interviewed in the series and explains that all the coincidences of names and symbols become meaningful for those who get immersed in the occult. More importantly, it becomes a secret code unto itself that suggests to the occultist that they have discovered something that no one else can see:

“It’s like a language that you can start to read, and others can’t read it.”

Then, the voiceover in Terry’s words explains that the “Son of Sam” symbol included on a letter that the “Son of Sam” allegedly left for police detectives is derived from something found in a 19th century book about witchcraft and the occult by Eliphas Levi Zahed. Eliphas is the pseudonym of Alphonse Louis Constant, a French writer who left Catholicism and made a career as a “ritualist magician” and occultist.

But wait, there’s more! Terry looks at the words around the 19th century amalgam of symbols and made-up Hebrew and Aramaic words badly translated by Eliphas and sees the words “Berkaial” and “Amasarac” which Terry believed encoded two names from his own 1970s Yonkers, New York, saga: David Berkowitz and Sam Carr — spelled backwards, of course, as all Satanic writing does.

I thought of writing a post about the odd analog-Q quality of this series and began looking at some other reviews of the Netflix series. I am not alone in my response. So instead of rehashing what others have already written (with paid gigs writing about this stuff, I might add), I decided to offer a round-up of helpful context and analysis about the docuseries and the Satanic Panic of the 1970s and 1980s (which seems to be re-emerging in today’s social media conspiracy era):

By Kayleigh Donaldson for Pajiba:

The prestige evolution of true crime has seen this sheen of legitimacy veil the concept in a way that all too frequently feels like a pretty distraction. If it looks nice then it must be less exploitative, surely?

A lot of the series feels like that scene in It’s Always Sunny in Philadelphia where Charlie ‘exposes’ the mail conspiracy. It’s hard not to imagine a man looping pieces of wool around drawing pins as we hear Terry’s case not so much laid out as tossed across the table. It’s a theory that encompasses everything: Scientology! Orgies! Satanic worship! Charles Manson! The series combs through Terry’s evidence in exhaustive detail, even as his case clearly becomes more conspiratorial and dubious, although those aspects are given far more airtime than the bits where the directors clearly think he’s onto something. Moments of legitimate concern are quickly overwhelmed by the feverish intensity of the filmmaking approach as well as their inability to know when to stop.

The Son of Sam case was clearly one of police ineptitude. The NYPD broke into Berkowitz’s car without a warrant before arresting him, and even before that, they seemed pathetically unable to do their job. Terry seemed right on this matter, but the mundane cruelty of institutional damages proves less exciting to Sons of Sam than the lure of satanic worship. For the series, it’s all shocking but terribly alluring, as proven by the bone-headed decision to set the opening credits to Joan Jett’s coverage of ‘Season of the Witch.’

By Kevin Dolak for Oxygen:

The decade leading up to the “Son of Sam” murders had seen satanism slowly creep into American culture. In 1966, the founding of the atheistic Church of Satan in San Francisco gave way to the establishment of the church’s grottos in cities across the country. Then, the horrific 1969 Manson family murders at the home of Sharon Tate culminated in Charles Manson proclaiming, “I am the Devil, and the Devil always has a bald head!” at his 1971 sentencing as he revealed his freshly-shaved head. Major media hype around this new perceived threat of Satanism ensued. It was quickly coupled with opposition from Christian fundamentalists, who saw an easy foil to further their religious and political goals. In this period, in the years after his capture, Berkowitz suddenly changed his story — he did not act alone, he said, but was the fall guy for an apocalyptic cult bent on societal Armageddon.

In the early 1980s, this bleeding in of supposed Satanic culture and the occult gave rise to a new phenomenon that would soon spread across the country. Divergent social factors — including the rise of fundamentalist Christianity, the recognition of post-traumatic stress disorder along with the now-debunked theory of repressed memory in psychology, and an increase in working mothers who were dependent on child day care — coalesced and gave way to the so-called “Satanic Panic,” one of the most destructive moral panics the nation has seen.

The Satanic Panic in mainstream culture focused largely on the idea of satanic ritual abuse as a vast conspiracy in which thousands of children were being physically and sexually abused by a large and organized cabal of Satanists hiding in plain sight. Kids were being abducted nationwide and/or bred so that Satanists could rape, maim, and kill them in the service of devil worship, people were saying.

“The conspiracy theory was that they were conducting human sacrifices all over America — by some claims, tens of thousands of people a year. They could never be caught because they’ve infiltrated law enforcement and the media, so they could basically act with impunity,” Jonathan Laycock, an associate professor of religious studies at Texas State University, explained in an interview. “They ran day care centers and would perform satanic rituals on your children while you were at work. These rituals were so bad that, as a defense mechanism, they shattered the human mind so you had no memory of it. Eventually, this dovetailed with theories about repressed memories.”

By Emily Clute for ScreenRant:

And this one is particularly important given the suggestive dramatic conclusion to the Netflix series (that seems to support Terry’s conspiracy theories):

While urban legends of satanic cults buzzed on the Stanford campus, DNA has since concluded that [Arlis] Perry was killed by Stephen Blake Crawford, and investigators believe any “satanic” element was likely staged to set the police off of Crawford’s tail— a tactic that investigators say was likely used often during this period of Satanic Panic when Satanists made easy scapegoats. Unfortunately, [the Netflix series] doesn’t bother to clarify anything in regard to how much misinformation the sensationalized case of David Berkowitz put out about Satanism.

One thought on “Fathers of Q: A Round-up about the Netflix ‘Sons of Sam’ True Crime series” 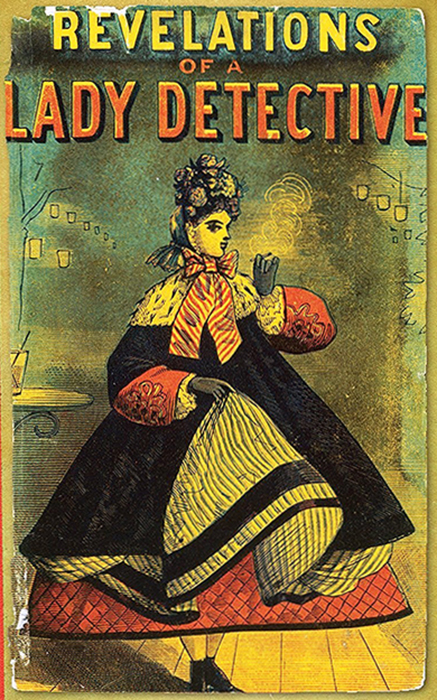